I still remember my little brother praying for a big brother. Not a little brother, but a big one. I remember laughing during morning devotions because there was no way that could happen. Not to mention my mom was unable to have anymore children biologically. We never thought Jason would have a brother. He would always be the only boy amongst three girls.

Then the phone call that changed everything.
My aunt had passed away, following her husbands death that had occured shortly before. Leaving behind three young boys.
All three of the boys were then sent to live with my uncle in the Twin Cities. They HATED it. My Aunt and Uncle are people of money. They live a great big beautiful house, and there kids attended the best schools. They did what they could, but they did not know how to love these boys. They were treated and expected to act like guests. They lost both their parents in two short years, and now they were alone in a house that was not theirs.
That summer Adam, the middle child went to camp. We invited him to come spend a few weeks with us after camp got out, and he was more then happy to. I still remember the day we picked him up. Although vaguely.
A few weeks turned into months. Then years. With time my cousin, turned into my brother.
He picked on me.
Hugged me.
Stuck up for me.
Played with me.
Yelled at me.
Fought with me.
and most of all...
He loved me.
He was and is everything that a big brother is supposed to be.
Adam has changed a lot since he came to live with us. He grew emotionally, physically and mentally. He succeeded when no one, except my family, expected him to. My parents set standards, and he met them. They loved him, and he loved them back. He was an excellent student, an incredible athlete, and a hardworker.
My mom shys away from telling people this story. Why? She doesn't want people to pat her on the back. She doesn't want people to say "What great people you are for taking in that poor little boy." Because the truth is.. Adam gave more to us then we ever gave to him. He made our family complete.
Sometimes we don't know why bad things happen, but God does. I believe that God has a plan for our lives... he just wants us to listen. I am positive that this was all in Gods hands. It was his plan for Adam to be my brother, and I wouldn't have it any other way. 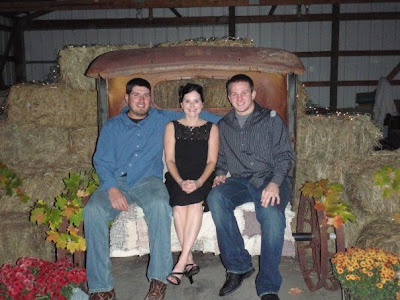 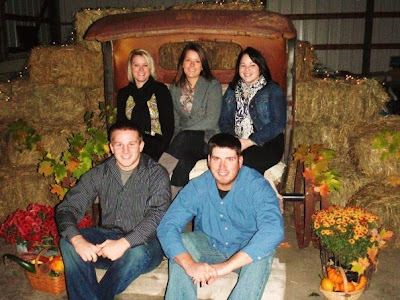 :) The siblings! Don't I have a gorgeous family? 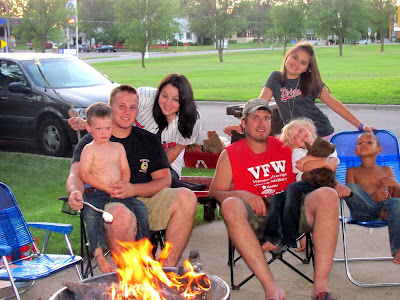 What a sweet story! He's done as much for you and your family as they have done for him!

You do have a beautiful family INSIDE and OUT.
God does have a plan...we don't always see it at first, but then it just seems to work out. :)

Such a beautiful family!!

You have an awesome family!

GREAT post :) Very sweet. I am an only child and sometimes I wish I'd had siblings.

this is absolutely precious

Beautiful story! What happened to the other two boys?

That's a great picture of you and your siblings!

Awwww Brittany! So sweet - im' in a super sentimental family loving mood as of late, so this is right up my allen! Love your story, and i'm so happy you have your big brother :)

I totally agree...God has a bigger plan than we could ever imagine. What a blessing for both your family and him.
BEautiful family.

gorgeous family! i love this post, so very sweet.

Great story! Beautiful family and oddly enough, none of you look alike :)