Its no secret that I have a love for wine or budlight..

Have I shared that with you? Hmm.. maybe not.

So last weekend NG and I shared a few cocktails before heading out to his friends bbq. (and) By bbq I mean pig roast. Which by pig roast, I mean the pig was alive mere hours before. They shot it... prepared it... and stuck it on the roaster that morning.

I also mean, that in a flannel shirt (for NG's benefit) I was almost over dressed. Which is what NG was trying to tell me as we got ready for the night. I tried on several outfits. He sat there cowboy boots and all, saying "Brittany.. I'm serious... Jeans and a T'shirt will be perfect!" So I put away my new cotton vest and heels, and settled on the Flannel and jeans.

Upon arrival I instantly fell in love with his friends. Several of the girls approached me right away. Instead of it being intimidating, it was refreshing. They were all smiles, and asked how we met. NG got me a Budlight, and the girls and I settled into an easy conversation.

Every once and a while I would look up to find NG across the yard talking to his friends. He would glance my direction to check on me, and I would smile at him. He whispered more then once, that it felt we had known each other so much longer then we have. We just sort of fit into each others lives with such ease. I felt as if I had been a part of his "group" forever.

Several beers, and one HUGE campfire later, we were ready to go. NG had a perfect surprise to end the night. We got into his convertible with the top down, and drove the back country roads. (p.s. NG did not drink nearly anything.. so no worries there!) I wasn't sure where we were going, since I'm not familiar with the area. I laid back in the seat, and stared up at all the stars twinkling just for me.

Just before I almost fell asleep, NG pulled over. I looked around, and it seemed we were in the middle of no where. BUT it wasn't just anywhere.. it was the acreage his family owns. (aww!) So we laid back in our seats, with some music playing, and the lights off. I listened to him tell me stories about growing up on the farm. Between the warmth of his shoulder, the sound of his voice, and cool breeze, I started to fall asleep.. (or pass out.. what'ev!)

NG must have caught on, so he started the engine, and tried to pull out of the ditch..

Only we were stuck! (ha!) I woke up long enough to say:

He laughed and replied:

"That WOULD be a perfect end to this redneck date, but no, thanks!"

By morning and after his perfect morning wake up call, I had almost forgotten about getting stuck. I might have..

except when we finally dragged ourselves out the door to get breakfast, I couldn't help but remember!

HIS CAR WAS COVERED-COVERED- in mud and grass! :) After that all we could do was laugh... AND go wash his car! :)

:) Maybe it wasn't quite classy, but I couldn't imagine a better date!


Also this is my first week visiting and participating in Friday Follow Me! I was in the mood to meet and mingle with some new bloggers, so if you're visiting from Friday Follow Me,.. WELCOME so glad you're here! 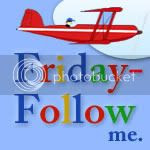 Oh my gosh I love it!! This sounds perfect! I love that you guys are clicking so well.... it makes me happy (and heck I don't even know you in real life, so I hope that's not TOO weird! Ha!)

Fantastic date! Sometimes, I like the nice, quiet dinners, the fancy schmancy shopping, the latest and greatest stuff from Pottery Barn... but other times, I like grilling out, listening to country music, wearing my old highschool t-shirt and jeans, and browsing antique stores. Sounds like your date was the perfect way to spend a late Spring day!

Haha love it. Good for you for sleeping through the chaos!

did he REALLY try to pull the "oh my gosh we're stuck out in the middle of nowhere" act?

i havent tried that in years!

Love it! Happy Friday Follow! Have a super weekend.

That date sounds like a lot of fun. Glad you guys had a good time. Sometimes the simple evenings are the ones we remember the most.

That right there sounds like my idea of the PERFECT date.
I have had a number of those with my man back when we were dating and the best part is...even after getting married he is still my good old-fashioned country boy.

It doesn't get any better than that.

what a great story! I love when you meet girls who are low-key and free of drama and dirty looks! It's so hard to make friends with other women! Sounds like you have quite a guy :)

I have to agree with SUNDAY above. To me that would be a perfect date. What better way to get to know each other than to lay under the stars talking?

wow that sounds so much fun!!! I am visiting you back from Friday follow and I wanted to thank you for the very sweet comment you left on my post. I cried reading it and I am thankful for the support and so is he!! thank you again for being so kind!!! You sound like such a sweet soul, I hope we become great blogger friends!! New follower of your super cute blog!
xoxo,
Lindsay

Stopping by from Friday Follow Me! I love Budlight, too :) Have a great weekend!!

awww, love you girl!! Living in the GA mountains as a teen, I had a few nights that sounded a lot like this =) We still have "burn barrel" get-togethers once in awhile... Gotta love those country nights!! Sounds like you had a blast =)

Newest follower from FF. Can't wait to catch up! This sounds a lot like several dates I had with my very southern now husband. Quite a shock for this yankee!

Whoever said dates need to be classy clearly hasn't been on any good dates. Sounds like a good time. I went to a pig roast in Ohio, even though I don't eat pork, it was a good time.

Im loving it!! I love the whole date story and that is fantastic that you were able to get along so well with his friends. Guys love it when they have a girl that they can feel comfortable bringing around their friends knowing that she will not be awkward and be able to hold her own. sounds like you did just that. :) So cute.

I love that you guys had a redneck date. Especially the getting stuck in the mud. Fun times!

:) I need to get on this Friday follow...maybe next week

Jessica @ Barefoot by the Sea said...

I'm loving all the smiles, Brittany!! You sound so happy!!

I enjoyed reading your blog. Thank you for letting me visit.
Susan
http://amazingcouponandiscountdeals.blogspot.com
http://joininandgogreen.blogspot.com

What a fabulous first date! You lucky girl. I miss those days! Now I'm all married and the hubs is away! I'm now following you, thanks for stopping by my blog! xoxo

Sounds perfect to me. YOu are too cute. Glad it is going so well.

I love the story of your date!! It sounds like the perfect fun an romantic date!

Stopping by from ffm!

Have a fab week!!

AWWWWW!!!! Cute. Hey, I have been meaning to tell you that I got the cutest package in the mail the other week:) I loved the card so much too:)

This is so cool! I'm sighing as I read this, what fun girl. He sounds amazing...:)