I'm back people! I can't even begin to explain how awful my computer has been lately. I could make you suffer through all of the horrid details, but I'd much rather share with you all the exciting things going on in my life!

When I say exciting.. I mean EXCITING!

When we met I was really worried that I was just interested out of my heartache. I really kept a huge space between us. Not wanting to turn him into a rebound. He is far better then that, but the more that we talk and get to know each other, the more that I realize he has some MAJOR potential.

My top 10 favorite things about this man are: 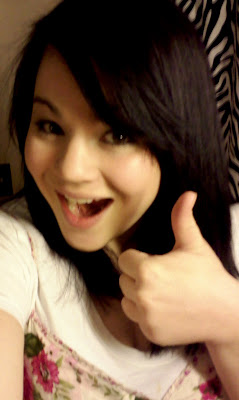 1. He's a small town guy. He lives blocks away from his family, and they are all super close. They have bbq's every Sunday. He says the sweetest things about his Mother, and his father and him are best friends. I love how simple his life is, because thats the kind of life I want.

2. He has a son! His son (G) is a year and a half older then Aidyn. He has custody of his son, and has him 75% of the time. They are incredibly close. The best thing so far is that no girl he's dated has met his son (just like me!)! It shows what a great father he is, and how protective he is over G. (It'll be quite a while before either of us is ready for that introduction, but I know he'd be incredible with Aidyn!)

3. He's very outdoorsy. He loves to fish, hike, hunt, and just be outside. HUGE criteria for dating me! I couldn't stand a guy who didn't like to get dirty and be outside!

4. He's a military man. Although he is no longer full time, he is still active in the Air Force through the guards. Who doesn't love a man in uniform!?

5. He has an AMAZING body. A gorgeous smile, and is an all around hunk. Yum!

7. He calls instead of texts! (unless he's at work or wants to send me pictures. We send each other pictures every day of random stuff!)

8. There isn't a day that goes by that he doesn't compliment me. He is always telling me that I am beautiful. He loves that I am a good mom. He just makes me smile and feel good about myself.

9. He dances! Maybe not good.. but he dances! He loves to be around people, and puts himself out there. I seen photos of a recent wedding dance, and lets just say.. He'd make a great/semi-embarrassing/fun dance partner! :)) see: 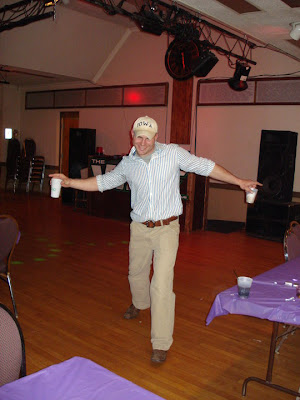 10. He lives in Iowa! He'll be an hour away from me when I move, but at least I don't have to try and persuade a great guy to move to IA. Because really?! who wants to move to IA? Well... besides me! :)

So there you have it. The start of something new. I am so excited about this new adventure! I am going to IA again this weekend to bring Aidyn to BD. Afterward I am going to drive to NG's to spend a few days. (on the couch!!) Saturday we are going to spend the afternoon together, and that night I am going to meet his friends (nervous? very!)! Sunday is my Birthday so we are going out for breakfast, and he's planned me a surprise! (Excited? Yes!) I think after this weekend I'll have more of an idea of where this "relationship" is heading.. (stay tuned for updates and pictures!!!)

I don't know exactly where this new adventure is going to take me, but I am excited to find out! God knows the desires of my heart and I can feel him leading me in the right direction!

How exciting! Can't wait to see how it progresses!

Oh yea!!! So exciting girl! He looks super cute and I love the things you told us about him. Good luck and can't wait to hear how your bday weekend goes. xoxo

Oh wow I'm so excited for you sweety! You so deserve this! I can't wait to hear more about it and see how it turns out!xx

That is so wonderful Brittany!! he's super cute and looks like so much fun to be around! I can't wait to here how things work out for you! :)

I can totally sense your excitement in this post and he sounds like a really great guy! Wishing you the best! :) Does he have a twin for me?!? hahah :)

hahaha i love how you said you'd be sleeping on his couch! so cute. he seems great! i'm so happy for you!!

So exciting!! I just started following your blog- and have basically read every entry... You deserve someone great and this guy sounds pretty great! :)

What a cutie and he sounds perfect. Good for you. I hope all goes well.

The first thing I said when I saw his pic. was HOTTIE! SERIOUSLY! I am so happy for you Brit. I hope this works out for you, I reall REALLY DO. How great to have two boys that could be potential buds maybe for life. BEST OF LUCK TO YOU ON YOUR NEW "NG" adventure. Hugs, Jenn

Brittany!!! Oh my gosh I am so excited for you!! Details and stories and pictures please!! :-)

Well You go HOT MAMA:) Life is sweet and it is also bitter....Just go with the flow....Make him beg for more if you know what I mean:) xoxox Glad your BACK!

I'm so excited for you and this new journey in your life! You def deserve a good guy and it sounds like he is just what you need! :)

Awesome! So happy for you! Seems like he's just your type, best of luck to you both :)

I like your list of his fantastic qualities. So far he sounds great for you. I like it that you both are going to wait a while to introduce each other to your kids. I feel that is very important and shows how mature and responsible you both are.

Sounds like your birthday weekend is going to be fantastic...cant wait to hear (and see) more.

Your smile says it all my friend. I am smiling right along with you!

This really IS exciting!!!! I'm very happy for you!

I'm excited for you!

Good for you Britt!! I am SOOO happy for you! You really deserve someone great in your life. He sounds wonderful and hello - he's pretty darn cute!!

I can't wait to hear about your upcoming weekend with him :-)

I hope you have a great birthday!

how sweet. enjoy iowa. a part of me misses it. i grew up in se iowa.

Smiles and best wishes sent your way!!! Such an exciting time!

That is so exciting lady, you sound so so happy!!

I like your blog! It's so cute! Mine is "sweetest surprise" - I know, sort of weird that I like your blog, right?
Your little boy is adorable! Good luck with the guy. I felt that way at the start of 2010 --- it's definitely been surprising... people keep telling me to not place all my eggs in one basket. I never listen. Perhaps I should :0
:)

Woohooo, that is so awesome =) awww, the start of something new, enjoy it girl!!

Ohmygosh.. he is lookin' flyyy. LOVE IT! Keep us updated!!

Sounds exciting! I will keep you and the NG in my thoughts and prayers! I hope you have a wonderful birthday! Looking forward to hearing all about the surprise~!