I got the job offer in Iowa and two weeks later I was on my way to my new home.

A flurry of goodbyes, and packing.

I tried to enjoy it, but for the most part my heart was already in Iowa.

Although BD and I were keeping it "hush-hush" for the time being, we were already "together".

I had waited four years to be with him, and I was so ready to start my life.

He was so helpful during that time.

Always answering my questions, taking all my phone calls, and calming me down when I'd go into a panic.

I bought some new things for my home, and packed everything I owned.

The day before the move, BD and I had plans to meet a half hour from my home, to pick up a couch and bunk bed set.

BD had a four hour drive, and so when he got close enough, I headed with my Mom, niece, and nephew towards them.

The clouds were dark, and soon hail started flying at the van.

We pulled over at least a half a dozen times.

By the time we made it to the mall, it was a full blown storm.

The sky was so green it almost looked teal.

Moments later while I was filling my cart at Target I got a call from BD saying they had made it.

The sirens were going of, and he told me to come meet him.

I left my entire cart (Amazing.. I know..) and headed towards them.

The malls doors weren't locked, but the security guards were strongly advising people to stay in the mall.

BD found the safest structural wall (he's smart like that) and gave me directions to find him.

As I walked towards him and Aidyn, even in the midst of all that craziness, I knew I was walking towards my home.

After an hour and a half, and a few subway sandwiches later, we were packing up the furniture and heading to get the rest of the stuff.

The next morning we packed almost all I had in an enclosed trailer, and the back of BD's parents massive van.

Then we were off (minus Aidyn who stayed home to spend time with my family).

I had never even seen my new house!

Not even a picture!

BD had found it, and although there were almost a dozen other people interested, I got it!

It didn't hurt that BD was able to put the deposit and the first couple months rent down in cash!

The whole way to Iowa, I bombarded BD with questions...

What color are the walls?

How big is the kitchen?

Is there a bath tub!

He tried the best he could with his "male" mind.. to remember ever little detail.

I could tell he was nervous about whether I'd like it, but he tried to pretend he wasnt.

When we pulled up, I was bouncing off the seats.

With a front porch that needed some paint...

but it was PERFECT!

The landlord was there, and we started talking about signing the lease..

Then halfway through he realized I'd never even been inside the house.

He walked me through and I fell in LOVE!

The kitchen has sunny yellow walls, with adorable curtains.

The dinning room and living room, are a perfect gray with beautiful white molding!

A built in nook that is PERFECT for my camera display!

A basement WITH a WASHER and DRYER!

and A clothes line!

I dont know what it was about the clothes line, that made me feel at home..

I was speechless and happy!

I signed the lease with the landlord, and realized that BD and his friend were already hauling things in!

I guess they could tell I loved it by the smile on my face!

By the end of the next day I was unpacked, and happily starting my life with BD!

A few weeks later Aidyn joined us and my house officially became a home! 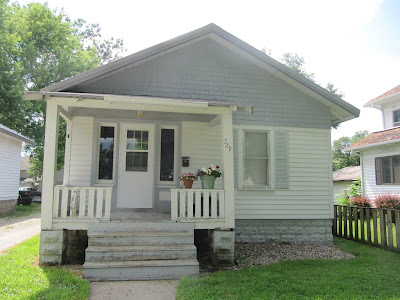 the front of the house! My porch, and my flowers! I haven't even killed them! 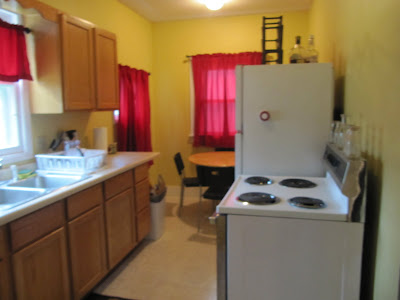 The kitchen! I thought I had one that wasn't so blurry! But you get the jist! 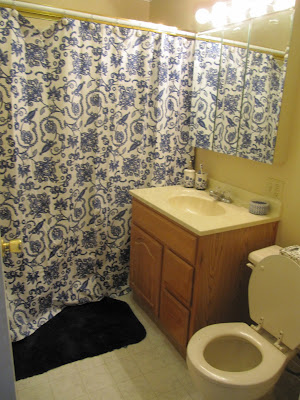 The bathroom! This actually has one of those permanent shower doors, but I hate those, and I love my shower curtain from Target, so I bought a shower rod to put up in front of the other one! :) I love it! 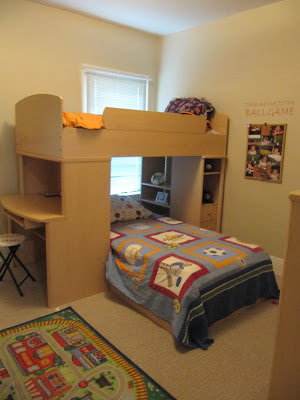 Aidyns room! He has several vinyl wall letterings from etsy, and these are his fantastic bunk beds! Aren't they cute?! He LOVES his room! 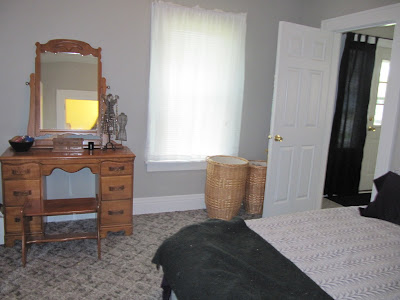 My room! BD's parents bought me that vanity and a head board.. but BD surprised me with a new bed, and bed set! Its an antique bed, and its gorgeous! (ill post pictures of that later!) 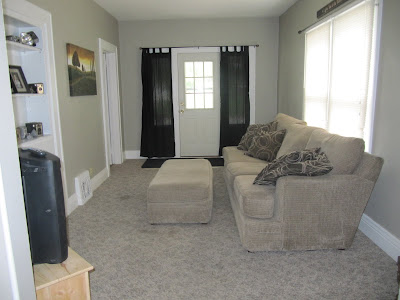 Looking at the living room from the dinning room.. and my front door! 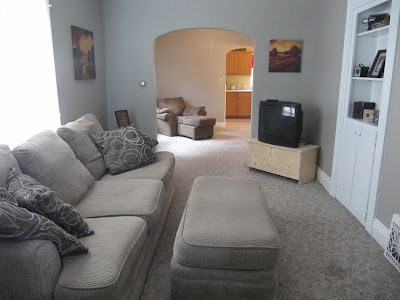 and from the door..
cute right?
I should take some updated pictures now that things have had time to be decorated, and my front porch HAS gotten painted..! I promise I will soon!
We are growing fonder of our home every day! It is only temporary.. but for now, it is perfect, and I feel incredibly blessed in it! ;)

Love the house! It looks great!

your house is too cute! I love it.

it is just lovely i am so happy for you!!

Gorgeous house! It seems so cozy and perfect.

It looks perfect for you. I love all the exclamation points because you sound so incredibly happy!!

What a cute, cute house!! So love that porch!