Minnesota has lots of perks! One of the biggest being the MOA!

I love shopping, but rarely make the trek to the Mall of America. There are just SO many people, and if I am needing to get in and out, this is NOT the place to go! BUT this past weekend we had no plans and a friend of mine invited us on a shopping excursion! Aidyn got extra excited when I bribed him with a ride in the indoor theme park!
So we headed out with plans to spend the entire day!
First stop was Sephora! With a typical three year old boy, this would be torture. For him AND me. Not my little trooper! We passed the time smelling perfumes! I think he could have gone on for ANOTHER half an hour! 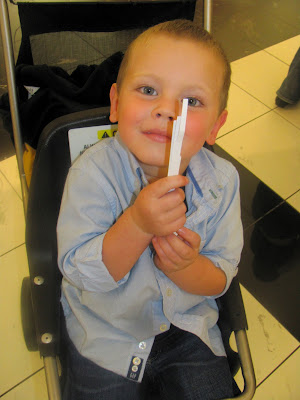 After being such a trooper we headed over to the Disney store! I gave Aidyn the "talk" before we walked in about not begging. I told him if he found something he really loved that we would remember it, and write it down when we got home! This way Santa would know what to get him for Christmas! He LOVED this idea! It kept him from begging the entire time we were inside. He was so good that in the end he got to bring home a new "friend" after all! Lucky the Dalmatian has not left his side since! 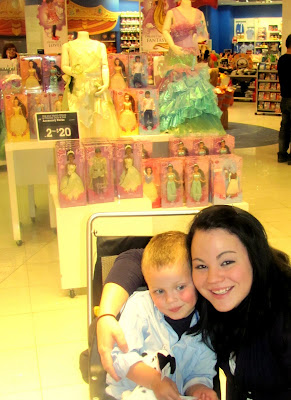 One of my favorite online stores for boy clothes is American Eagles kids store 77 Kids! I love the look of their clothes, and had NO idea they had an actual store location! BUT they do!!! The great thing about this store is that they have activities for kids while parents shop! Aidyn had a blast chasing the skull strobe lights, coloring on the chalk board, and playing with bean bags! They even had a bathroom in the store when Aidyn needed to go to bathroom RIGHT NOW! To top it off I found a sweatshirt for $5 and they gave him free candy from their candy bar! 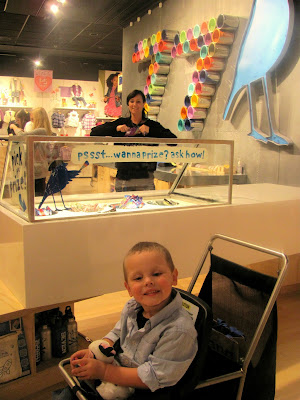 Next it was time for Mommy to do some shopping! I got my fix with f21 and f21 accessories! The lines were long, but I stayed strong! I ended up with a fabulous little number! A floral print dress, 3/4 length sleeve. ADORABLE! (I paired it with leggings and brown boots for church on Sunday!) Aidyn was an angel during the entire time! He even tried on a few accessories of his own! Didn't he look FABULOUS? 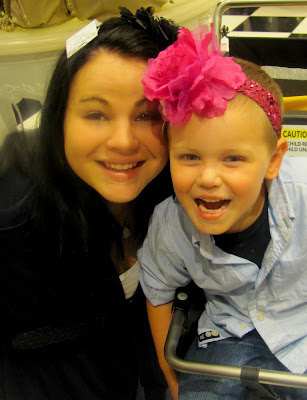 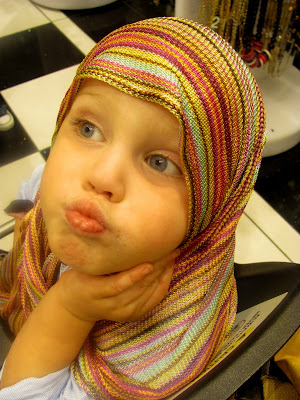 Aidyns favorite part was the Nickelodeon Universe indoor park! First things first he got to meet Dora and Boots! He was beyond thrilled! Unlike the kids in front of him, Aidyn didn't freak at all! He went right up and hugged them both! Smiled for the camera and everything! 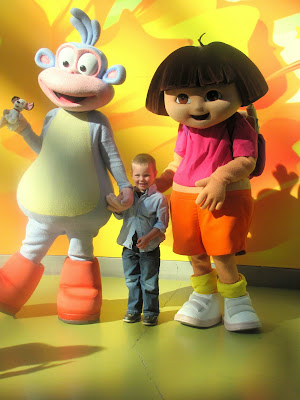 He topped it off with a ride on Diego's rescue bus! 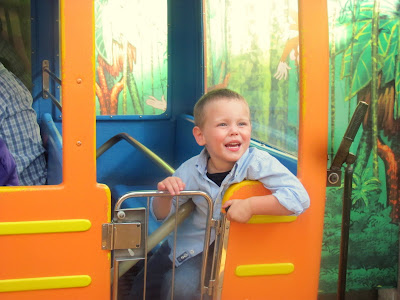 We had a delicious dinner at the Twin Cities Grill! I ordered the walleye sandwich with salt and vinegar fries! Yum! Washed down with Strawberry lemonade, and it was perfection! Although my favorite would have to have been the warm bread they serve for a starter!

While going to the bathroom at TCG a lady approached my son and gave him 12 free tickets for rides at the park! (how nice!) So after dinner we went back to on a ride together! We chose the Log chute! I thought Aidyn would be scared, but he was less scared then I was! The ride isn't too scary, but I was terrified Aidyn would be terrified! (or he'd fall out!) In our picture the park took, Aidyn is all smiles and I look terrified! :) TYPICAL!
By the time we were done with the ride, all three of us were exhausted! We took a picture in the photo booth, and headed home!
Aidyn zonked out immediately after getting home, and slept in the next morning! I'd call the day a complete success! Now I just cant wait to meet up with Amber and her daughter Em at the MOA Aquarium soon! Aidyn will just love it (and Em too hopefuly!!)
**P.S. I looked like a tourist, taking all these pictures, just for you! See?! I am dedicated to this blog :) lol**
**p.p.s Did you all know F21 has clothes for kids on their website?! Just found that out today! How cool is that! Check it out here!!**

I have always wanted to go to the MOA, I'm super jealous you live close to it. It looks like yall had a blast :)

Looks like a great time, I really need to get to the MOA soon!

Gosh! He's so cute as a girl...ur too funny! i want to go see Dora and Boots....Lucky people you:) that sure is a smart boy....Hannah said he has the same teddy bear as her...i don't think so she's a goober....ahahaha...she comes over every time I listen to someones kids on video...now she wants to know where her teddy is and she's saying AIDYN.....:)

Ohhh.. I am sooo jealous!! I have ALWAYS wanted to go to the MOA! And you live that close to it!!

I want a MOA in Utah!! Sheesh!! Why can't you live close to me? We'd have soo much fun! You seriously have so much fun with him! I love how you take pictures of everything. :)

I'd probably whine if I went into the Disney store too I love that store and sephora yes yes!!

he is so well behaved - so amazing! AND I'm so jealous, can you pack me in your bag next time you go looks like SO MUCH FUN! xo.

So fun! I've only been there a couple of times and it was YEARS ago! I love your idea to have not beg. Good job!

We have a 3 story F21 here. The first floor has the kids clothes and some womens clothes, the second has the mens section and accessories and the third floor is all CLEARANCE stuff! It's always super crowded there so I don't go often.

Sounds like you had an awesome weekend!! :) He's too cute with his pink bow :)

Wow MOA looks like a lot of fun. I want to have kids just so I can dress them up. I want kids for all the wrong reasons tho. LOL just to name them and to dress them...

Aidyn is such a cutie and how well behave he is. What a good kid and what a good momma!

I have always wanted to go there!

Mall of America is actually on my Bucket List! ;) I'll let you know if I actually make it up there to visit!

PS. ADORABLE pictures by the way, what a cutie!

I visited that mall 2 years ago when I was in Minneapolis. We had a nice dinner upstairs and I totally enjoyed sampling the cheeses in one of the stores. I actually bought some and enjoyed it the rest of the week I was there.

So fun. Love all the silly photos...your little one is a trooper. I would have issues in Sephora with the NO BEGGING rule!!!!

I've only been there a couple times and it's been a while since I have. I only live 2 1/2 hours east of the mall but don't take the time to go. Now you are making me want to.

OMG how freaking cute is he! What a little trooper and he seems like your best pal it's SO cute!

Um, you and I totally need to meet up at the MOA sometime!

urggg you're so lucky!! ive been dying to go to that place since i was little and have promised myself a trip after i graduate lol

and yes he looks super cute with those accessories, he'll be a model when he gets older *hehe*

I've always wanted to go to MOA! It seems so amazing :-) I know I always say this but could Aidyn get ANY cuter?! Really. He is just so precious. Glad you two had such a fun time!

i love forever 21! such good deals.
theres always a line in that store, i dont think it matters what mall you're in!!!!!
looks like you guys had an awesome time =)

LOVE the MoA and I am going to LOVE the day when we can meet up there!

And Aidyn and Emersyn can go bow shopping together, apparently ;)