. Aidyn-man is at BD's house. He went there Monday, and will be there until this coming Monday. It sucks. I talk to him at least twice a day, if not more. He misses me, almost as much as I miss him. Every time we talk, he asks when Monday is. Not soon enough. 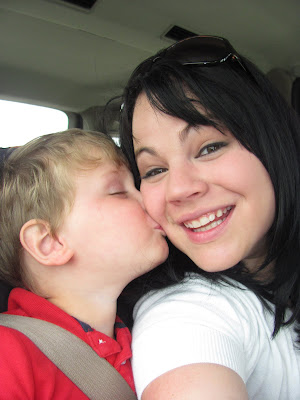 . I talked to my high school boyfriend tonight on FB. We dated for two years! He lived an hour and a half away, and to this day I consider him "The one that got away". Although I'm the one who broke up with him. He's a great guy. I talked to him briefly when we bumped into each other during my 21st birthday weekend a few years ago, but other then that, we haven't had contact in almost five years!! It was great catching up with him!

. I did this fun project the other day: 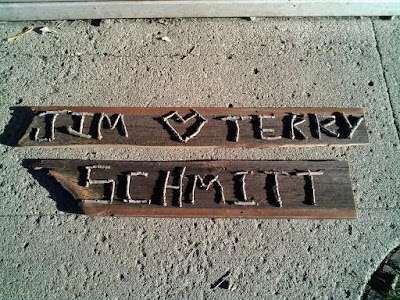 BD's Dad lives near where he grew up. His parents barn collapsed last year, and he had a pile of old barn wood. I took a whole bunch do do crafts with, and decided my first one would be for them. So I made them a sign to hang in their yard. Whatya think? I still need to put a clear coat over the front, to make it water proof. :) I'm happy with it! It'll be his Fathers Day present!

. I set my little brother up with one of my good friends! They hit it off!!! I'm hoping she's a good enough reason for him to move home.....eventually!!

. After making the decision to not move to IA (did I tell you guys that yet?) I decided to unpack all my boxes. My parents have an apartment in the basement that they used to rent out. Aidyn I already have bedrooms down there, but we hadn't been using the whole space. The last three days I have been cleaning, organizing, and unpacking to make it our new home! It looks SO cute. Its not the best space, but it works for us! We are going to start having dinner by ourselves at least 3-4 times a week! It'll be nice to have just Aidyn-Mommy time again!

. I've seen Eclipse in theatres TWICE already! I am not obsessed with the Twilight saga, but I enjoy it.. The main reason I went a second time was because my bestie hadn't seen it yet! It is by far the best movie of the series! 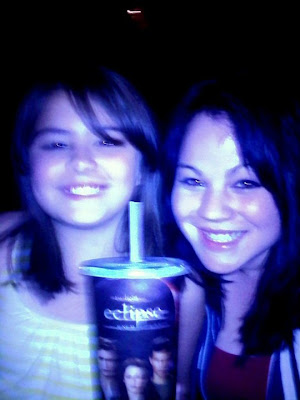 p.s. I am pictured with my niece... see that glass? Its a hard plastic glass she got at the theatre, and she drinks out of it every day.. she has posters, and is obsessed with Edward. Its slightly ridiculous! :)
. My phone is sucking... AGAIN! I'm going to have to send it in to get repaired because it sounds like I am going through a tunnel every time I talk on it! NOT COOL!

Two more Monarch butterflies hatched today! Making it a grand total of 4! We still have 2 left! I think I am having more fun with this then the kids are! I wish Aidyn was here to see it! He would be so excited! 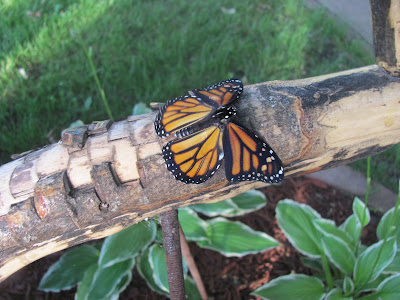 . We grilled pizza again today! I took pictures, and I am going to post all about it.. recipe and instructions! Once you go grilled, you'll never go back! 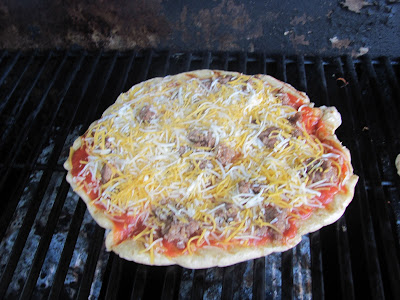 . I can't tell you how important you guys are to me. Try explaining that to anyone who doesn't blog, and they think you're crazy! Its just I don't want to imagine ever NOT blogging. Even if I've been kind of sucky at it lately! Thanks to all my new readers, and all the great comments! You really do make my day! :))

So that pretty much sums it up!


Now its your turn, Whats going on in your life?

It is crazy to explain to people that don't get blogging. I consider all my blog friends my IRL friends too :) I talk about my blogging friends all the time.
That pizza looks great. YUM
YOur little place sounds great.
I think that picture in the theater turned out pretty cool.

yes, please post the recipe for that pizza! everything looks awesome!

Left an award for you on my blog!

that was quite the list.
wow...lots going on with you.
me? still have not seen the new movie...but maybe when my girls are back home with me.
congrats on getting your own place downstairs, it really does sound kinda fun.
have a great weekend. Suz

That pizza looks amazing, cant wait for the recipe and instructions! Only three sleeps til Monday, you're almost there! :)

IA...? Awesome :)... I wanted to go there once upon a time. I don't know why though. Sounds like you've been having fun though!

Even though I don't blog nearly enough, I can't imagine NOT blogging. I look forward to reading everyone's post and the feedback I get from them. Such a great community but if you don't blog, you don't get it!

grilling pizza is such a great idea! i shall definitely give it a try some time. and i can totally relate to having a blogging "need" sort of thing. i love my blog. however, i can't relate to your twilight love. hahah. not my thing.

I want some grilled pizza dammit!